In 1787, the Maryland General Assembly made the wise move of establishing the town of Cumberland through an act passed during that legislative session. Of course, that act simply provided the stamp of officialdom to a community that had been in existence, in one form or another, for thousands of years.

Before Cumberland
Artifacts pointing to civilizations in existence before the time of Christ have been found in the area, so we can only assume that people have been living here forever, a fact that those of us who now live at the confluence of Wills Creek and the Potomac River can understand, given the level of natural beauty that surrounds us.

Community Development
For generations an American Indian village, then a western outpost of roughshod cabins established by European Americans, Cumberland eventually became a stop for many in the push west. In this role, the city grew into a transportation hub, first as the starting point of the first National Road - now known as Route 40, or National Highway - and then as home to numerous railroads and the western terminus of the famous C&O Canal.

As the city raced through the 19th century and into the 20th, it became less dependent on railroads as more industry moved to the area. Glass manufacturing and brewing were big, as were tires and steel.

Economic Development
Cumberland experienced the same fate as many American cities in the latter quarter of the 20th century; many industries closed their doors, battering the local populace. But the natives here are resilient if nothing else, so Cumberland looked around and noticed that a lot of people traditionally traveled here for our rich history. Small firms began to crop up focusing on the tourism trade, and Cumberland was off and running into its next era.

The economy continued to perk up as a number of technological firms moved to the area. The future looks brighter now than it has in years, essentially because we have something here most people want - a quality of life hard to come by today.

So come along, and we'll show you our town, a beautiful little city nestled among the Appalachian Mountains, home to those who seek tranquility, peace, and friendly neighbors. 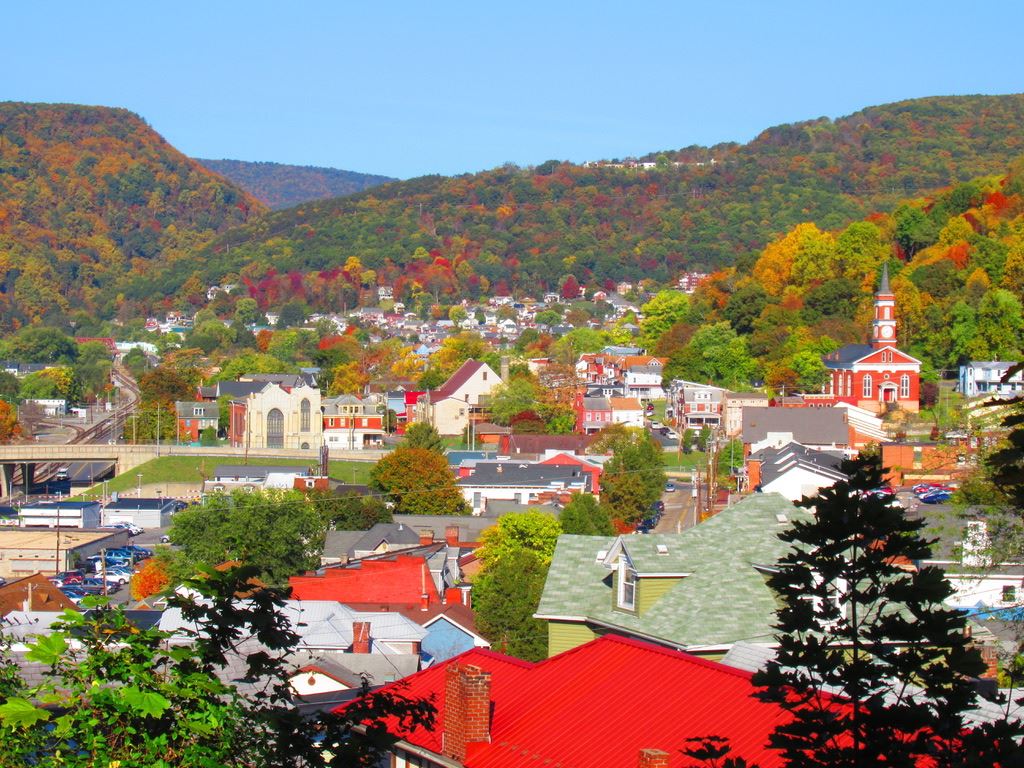